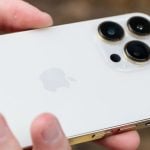 Apple’s rumored iPhone 14 could face bigger hurdles than almost any iPhone that’s come before it.

Trusted Apple analyst Ming-Chi Kuo noted on Thursday (opens in new tab) that in his latest channel checks “Apple has not changed the shipping plan for the iPhone 14 models since the Shanghai lockdown.”

(1/2)My latest channel checks suggest that Apple has not changed the shipping plan for the iPhone 14 models since the Shanghai lockdown. iPhone 14 Max is running behind, but it’s still under control currently, and suppliers can work overtime to catch up with the schedule.May 26, 2022

As recently as April 28, Apple CEO Tim Cook noted during an earnings call (opens in new tab) that the company was “still monitoring COVID-related disruptions in China,” but added, “…almost all final assembly factories have restarted. Also encouraged that the COVID case count in Shanghai has decreased in recent days.”

The information also tracks with news coming out of Shanghai, where there are reports of the COVID surge decreasing and China easing some restrictions (opens in new tab) around what’s often known as “iPhone City.”

So, this potential update is good news for iPhone fans and those eagerly awaiting the iPhone 14 (assuming it’s called that).

In the same tweet, Kuo noted that the iPhone 14 Max is “running behind,” which might be a problem since the larger iPhones often outsell the baseline and smaller models. While Kuo offers no reason for the rumored delay, there is still the issue of silicon shortages. They have mostly impacted Apple’s ability to stock iPads, and appear to have impacted iPad sales, as well (opens in new tab).

Cook characterized the silicon shortage, during that same earnings call, by saying: “In today’s world, [it’s] not possible for us to have a buffer on silicon. It rolls off the fab into a final assembly very quickly.”

There might, however, be a different looming force in the iPhone 14’s future. Kuo added a second rather cryptic tweet to this mini-report: “I believe iPhone 14’s challenges will come from the demand side instead of the supply side.”

A reference to the “demand-side” can only mean consumers and their interest in the iPhone 14.

Kuo did not elaborate or answer us when we asked on Twitter if he assigns this demand issue to increase economic pressures. But since consumers drive demand, we have to look at what might dampen it.

Inflation, which is at roughly 8% in the US, is rising around the globe and with it could come some inevitable belt-tightening. A new iPhone 14 might cost you anywhere from $699/£555 to well over $1,000/£794 (or more), depending on the model and storage configuration.

Many people will pay for these phones at an amortized rate over the course of two or three years. But a new phone can add $40/£31 to $50/£39 to a monthly cell service bill. When consumers are paying roughly double what they did for gas a year or so ago, might they hold off on discretionary purchases like a new iPhone 14?

Trade-in deals will help, as will all the offers cell-service producers put in place as the iPhone 14 potentially rolls out in September through December, so that could cushion the blow, too.

There are many unknowns here. First is the existence of an iPhone 14 and its variants. Our belief now is that we’ll have at least an iPhone 14, iPhone 14 Pro, and iPhone 14 Pro Max. But there might also be the new iPhone 14 Max, a new model with even better cameras. That one, which needs more new, bespoke components, could be the delayed device (if it arrives at all).

We also don’t know about the long-term impact of the now-easing Shanghai factory shutdowns. The question here is can Apple make up for lost time in order to stay on track?

While Apple might have stockpiled some commodity-level components for future iPhones, it is clear that the company is now facing the same silicon struggles as anyone else. Apple has never said that this has any material impact on iPhone availability and perhaps it won’t. Only time will tell.

This is everything we know so far about the iPhone 14.