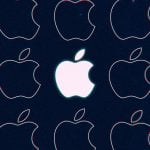 Apple is increasing the amount it pays its retail and corporate employees as it contends with a tight labor market, unionization pushes, and high inflation levels, CNBC and the Wall Street Journal are reporting. The starting hourly rate for retail workers is increasing from $20 to $22 per hour — though some regions will start higher — and starting salaries are also reportedly increasing.

“Supporting and retaining the best team members in the world enables us to deliver the best, most innovative, products and services for our customers,” an Apple spokesperson told the Wall Street Journal in a statement. “This year as part of our annual performance review process, we’re increasing our overall compensation budget.”

The increase was announced just weeks after an Apple store in Maryland became the third retail location in the US announced plans to unionize, following efforts at stores in Georgia and New York. The company pushed back against these efforts in an internal video in which vice president of people and retail Deirdre O’Brien said “I worry about what it would mean to put another organization in the middle of our relationship.”

As CNBC notes, a combination of a low 3.6 percent unemployment rate and a high inflation rate of 8.3 percent in April, is pushing employees in all sectors to shop around. For higher-paid tech workers, compensation has also been squeezed by falling share prices that impact stock awards, while other tech giants like Microsoft, Amazon, and Google are making similar efforts to woo these employees.

Elsewhere, Apple employees have pushed back against the company’s efforts to bring its workers back into the office. But after recent surges in COVID-19 cases and hospitalization rates the company has slowed its return to the office, and asked employees to go back to wearing masks when away from their personal workspaces.