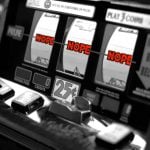 Cedar Rapids’ latest attempt to add a downtown casino encountered an unexpected problem on Monday, when the Iowa Legislature approved a bill with an amendment that prohibits the Iowa Racing and Gaming Commission (IRGC) from issuing any new casino licenses before June 30, 2024.

“This is incredibly unfair,” Cedar Rapids Democrat Rep. Kirsten Running-Marquardt said. “People have been navigating and working with the Gaming Commission and then all of a sudden we see a moratorium pop up.”

The amendment was attached to a broader bill on gambling regulations that deals with online wagering, the withholding of winning to settle debts and required occupational licenses. The amendment creating a two-year moratorium on new casinos being licensed had not been discussed in the legislature before it was introduced on Monday morning. By the end of the legislative day on Monday, both the amendment and the bill had been approved by the House and the Senate, and the bill was sent to the governor for her signature.

“This happened so lightning fast and we have yet to hear much about how it first of all made the agenda and the reasons why it passed so quickly, so those are definitely answers that we’re looking at as a city and certainly our lobbyists are working on right now,” Cedar Rapids Mayor Tiffany O’Donnell said after the bill passed.

“To have a city this surprised at the eleventh hour just smells bad.”

Linn County voters approved a ballot measure to allow gambling “on a excursion gambling boat or a gambling structure” in last November’s general election, with 55 percent of the vote. The measure was needed because the same authorization approved by county voters in 2013 was set to expire at the end of 2021.

Opening a casino in downtown Cedar Rapids has wide support among political and business leaders in the city and Linn County, who believe it is a way to boost the local economy. Both O’Donnell and her opponent in last year’s mayoral election Amara Andrews support the casino, as does former mayor Brad Hart. The city was preparing to submit its plans for a casino to the Iowa Racing and Gaming Commission, which is in charge of licensing casinos.

Iowa currently has 19 casinos, and the Cedar Rapids proposal is the only one currently being prepared. It’s the city’s third attempt to secure a license for a casino project. In 2014, the IRGC voted 4-1, rejecting a Cedar Rapids casino project. Three years later, the commission reviewed three proposals — a large casino, a smaller version of that casino and a “boutique” casino — before voting 3-2 to reject all of them.

Commissioner Delores Metz was the only one to vote to approve a casino license in both 2014 and 2017.

“I felt like the second-largest city in the state deserves something,” Metz said during the 2017 meeting about her earlier vote. She added, “I still feel that way.”

The commissioners voting against the license in 2014 and 2017 said they were concerned that a Cedar Rapids casino would cut too deeply into business at existing casinos. That was also the reason House supporters of the amendment gave for why a two-year moratorium is needed.

Rep. Bobby Kaufmann, the Cedar County Republican who chairs the House State Government Committee that approved the amendment, said he was worried that a loss of business at existing casinos would damage the nonprofits receiving a cut of the casinos’ profits.

“The thing that most interests me is protecting the nonprofits that the casinos currently spend money on,” Kaufmann said.

Iowa law requires casinos give 3 percent of their adjusted gross profits to local nonprofits on an annual basis.

Peosta Republican Rep. Shannon Lundgren, who introduced the amendment, said a moratorium was needed so the legislature could assess whether it needs to alter the license approval process as more states approve legalized gambling.

“It gives us an opportunity to look at what’s happening in our competitive states and then make a decision from there if we want to expand the land-based casinos in the state,” she said.

The Chicago City Council is expected to approve a $1.7 billion casino project this week and a long-planned casino with a waterpark and convention center is scheduled to break ground before the end of the year in the southern Wisconsin city of Beloit.

Illinois already has 10 casinos, including one in the Quad Cities area, and Wisconsin currently has 25 casinos.

The biggest change in the surrounding states is casino gambling becoming legal in Nebraska. Voters in that state approved casino gambling at Thoroughbred and quarterhouse racetracks. Gov. Pete Ricketts approved the rules for awarding casino licenses on Monday. The licensing process will begin next month, and there are already plans for large casinos in Lincoln, Omaha and South Sioux City.

But Rep. Steve Hansen of Sioux City, home to the Hard Rock casino that will soon face competition for gambling dollars from across the Missouri River, rejected the moratorium as the wrong approach, calling it “reactive instead of proactive.”

“The western Iowa casinos from Sioux City down to Council Bluffs, we will be impacted by Nebraska gambling, as will the whole state of Iowa, and I think we’re going to end up wanting to increase licenses elsewhere in the state of Iowa to pick up that revenue that we’re going to lose,” the Democratic lawmaker said. “So I think this amendment as far as the moratorium, part of it is very shortsighted.”

Jonathan Swain, president of Peninsula Pacific Entertainment, a company planning to present a bid for a Cedar Rapids casino, told the Gazette he was confident that investors would remain interested in the project despite the legislature’s action.

“Whenever that opportunity is given to us, we will make sure we take full advantage of it and bring one of the best casinos in the state of Iowa to Linn County,” Swain said Monday. “Obviously, today’s events came as a surprise to us, and we still will keep that commitment to Linn County and remain focused on the future and the opportunity when it arises.”

Gov. Reynolds could use her line-item veto authority to remove the moratorium amendment. If she does sign the bill into law, the moratorium would take effect June 1. The next meeting of the IRGC is scheduled for June 2. The commission was expected to address the next step in the license application process for a Cedar Rapids casino.