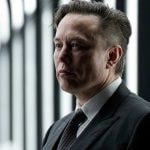 It’s been a rough few weeks for Tesla CEO Elon Musk. This time last month Tesla stock was nearing an all-time high and Musk was on the verge of buying Twitter. However, now the Twitter deal is stalling and Tesla stock has plummeted by over 30%. Meanwhile Musk is facing sexual misconduct allegations dating back to half a decade ago.

On Friday Musk announced on Twitter that Tesla was forming a “hardcore” litigation department that will report directly to him. Musk stated the department will “never seek victory in a just case against us” but equally it won’t ever surrender in the instance of an unjust case against Tesla.

Interestingly, Tesla already has a rather strong legal team in China. Tesla’s Chinese legal counsel has shut down false stories and demanded apologies from news outlets and social media influencers on numerous occasions in the past. It appears Musk now wants something similar in the Western World.

Tesla has faced several US lawsuits in recent times, most notably a racial discrimination case which saw a Black former contract worker awarded $137 million. However, after much public backlash (many felt such a large sum was better suited to numerous activist groups rather than a sole individual) and an appeal by Tesla the damages were drastically cut down to $15 million by a San Fransisco judge.