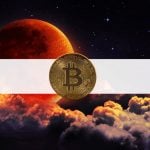 The frantic price action in the cryptocurrency market does not seem to faze the uber-bullish billionaire CEO of tech firm MicroStrategy. Michael Saylor has yet another bold prediction for Bitcoin, even as his favorite cryptocurrency struggles to hold on to the $30,000-mark.

The exec, who started to build up his Bitcoin reserve in 2020, reiterated his stance that he is in for the long-term, and his strategy is still the same – to buy and hold the world’s largest cryptocurrency.

Owing to countless Bitcoin purchases, the Saylor-led business intelligence firm, MicroStrategy, is still the largest corporate holder of the cryptocurrency, with 129,218 BTC. Its enormous BTC position is currently slightly in red, sitting at approximately $70 million unrealized loss at the time of this writing.

However, there is no shaking Saylor’s confidence, who assured that there is no price target at which MicroStrategy will begin liquidating its BTC holdings. Even as the market-wide meltdown evaporated trillions of value, the leading Bitcoin maximalist and his company is patiently holding firm.

During an interview with Yahoo Finance Live, Saylor was quoted saying,

“There’s no price target. I expect we’ll be buying bitcoin at the local top forever. And I expect Bitcoin is going to go into the millions. So we’re very patient. We think it’s the future of money.”

Terra and UST’s destructive downward spiral was a huge blow that further cracked investor confidence. According to Saylor, this event will spur efforts to regulate stablecoins and security tokens.

The executive of the Nasdaq-listed software company also believes this drawdown and the subsequent regulation will, in fact, be “good for the industry.” Ultimately, when the dust settles, people will realize that Bitcoin is superior to the thousands of existing crypto-assets, argued the proponent.

“Once people figure out why bitcoin is superior to everything else, then the institutions are going to come in with large sums of money, and we’re not going to have to struggle through this massive explanation of why we’re different than 19,000 other crypto tokens.”

The MicroStrategy exec also affirmed that Bitcoin is the future of money, but to scale up to its ability to achieve billions and billions of transactions, it needs to have an “ethically, economically, and technically sound” base layer and second layer like Lightning Network.

SPECIAL OFFER (Sponsored)
Binance Free $100 (Exclusive): Use this link to register and receive $100 free and 10% off fees on Binance Futures first month (terms).

PrimeXBT Special Offer: Use this link to register & enter POTATO50 code to receive up to $7,000 on your deposits.