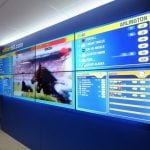 Dan Waugh of Regulus Partners, a strategic advisory business, examines the quality of the evidence on which the government will base its gambling review white paper

The government is reportedly close to publishing its white paper on the reform of Britain’s gambling laws and has stressed that changes to legislation will be evidence-based.

The problem is that much of the evidence presented to parliament isn’t exactly what it claims to be – the consequence of research as advocacy muddying the waters of debate.

Without a robust fact-checking system in place to interrogate and weigh testimony, there is a danger that the government is misled in formulating policy and that parliament finds itself unable to apply proper legislative scrutiny.

Exhibit A for the prosecution of gambling is last year’s report from the now defunct Public Health England (PHE) which claimed that betting and gaming cost the state £1.27 billion a year as a result of social and economic harm.

This report has been cited by the government more times than any other piece of research since the Gambling Act review announced in December 2019 and is likely to feature prominently in the white paper.

Anti-gambling activists have seized on it as vindication of their view that wagering is the ‘new tobacco’ – an activity that causes harm to all who participate.

The problem is, however, that when subjected to expert analysis PHE’s report looks something less like a ‘smoking gun’ and rather more like a ‘dodgy dossier’. Its cost estimates are almost entirely made up.

In fairness, the PHE research team was faced with an invidious task. Unable to use any hard data on which to base their estimates (and deciding to ignore any benefits from permitting adults to gamble), the PHE team elected instead to conduct a series of guesstimates, misapplying findings from studies in Sweden and Canada to the population of England.

This would have been a doubtful enterprise in any case but a number of basic errors – for example, mistaking ‘gambling disorder’ (a clinical psychiatric disorder) for ‘problem gambling’ (a sub-clinical classification) – revealed how little the team really understood of the subject matter and rendered the calculations worthless.

In a journal paper published in 2020, the project leader for the PHE report claimed that “more research and evidence are required to support advocacy and action” – and it is this attitude that is at the heart of the problem facing policy-makers.

Research should be undertaken in order to illuminate rather than to shore up ideological positions. The subordination of science to lobbying has resulted in a situation where the government will be required to reformulate gambling policy enshrouded in a fog of propaganda.

While the PHE report is significant for the fact that it was produced by a government agency at the taxpayer’s expense, it is far from the sole example of policy-based evidence-making.

Last year, the House of Lords debated a study by researchers at the University of Bristol that alleged marketing for gambling brands on Twitter had stronger appeal to children and young people than to adults and that they were therefore in breach of regulations. This claim was, however, predicated on changing the threshold of adulthood from 18 years to 25 years – a quite literal case of societal infantilisation.

Another study from the University of Bristol claimed with alarm that licensed gambling premises were more prevalent in deprived areas of the country. The idea that pastimes with strong traditions in working-class communities – such as playing bingo or betting on dog racing and horse races – should be more widely available in those communities than in more well-to-do areas hardly seems surprising; but the paper was fatally flawed in any case.

In a similar vein, a study of transactional data from Lloyds Bank customers claimed to have identified relationships between expenditure on gambling and harm. Close examination reveals, however, that the researchers were unable to obtain any actual information on money spent on gambling.

This error is all the more remarkable when one considers that one of the authors of the paper (Dr Philip Newall) is a former professional gambler and author of ‘The Intelligent Poker Player’, a book based entirely on the premise that gambling involves winning as well as losing – and that for a very small proportion, it actually provides a livelihood.

It is debatable, too, how much information on harms the researchers were able to study. One of the ‘harms’ identified was not spending money on gym memberships.

There ought to be no need to fabricate evidence. We already have more than two decades’ worth of detailed insights from prevalence surveys and in recent years this has been supplemented by a large amount of transactional data. Where there are gaps, these should be identified and addressed rather than plugged with fiction

Evidence presented by all parties to the debate on the future of our gambling laws should be subjected to rigorous assessment and not accepted uncritically for the sake of convenience. Failure to do so will likely lead to legislative incoherence, unintended negative consequences and ultimately the need to go through the process all over again.

Read more on the gambling review:

Gambling review may be ‘bullet between the eyes’ for racing, warns John Gosden

Children’s exposure to gambling adverts on television has decreased by just over a quarter between 2010 and 2021 according to the latest figures from the Advertising Standards Authority.

The advertising watchdog also said that children’s exposure to gambling ads relative to adults’ had fallen year-on-year to 15.4 per cent in 2021 from 36 per cent in 2010.

ASA chief executive Guy Parker said: “Our latest report confirms the ongoing decline in children’s exposure to ads for age-restricted products, which is what our rules are designed to achieve.”

Entain has been awarded the Advanced Safer Gambling Standard by GamCare for showing the highest standards of player protection and social responsibility in its UK online and land-based operations.

The parent company of Ladbrokes and Coral is the largest operator to be awarded the highest level of accreditation (Advanced Level 3) for its online activities.

Entain chief governance officer Robert Hoskin said: “Sustainability, and with that – responsibility, is at the heart of our strategy and is fundamental to the way we do business.”

For industry news, expert opinion and all the latest business to business racing and sports products visit Racing Post B2B

The Front Runner is our latest email newsletter available exclusively to Members’ Club Ultimate subscribers. Chris Cook, a four-time Racing Reporter of the Year award winner, provides his take on the day’s biggest stories and tips for the upcoming racing every morning from Monday to Friday