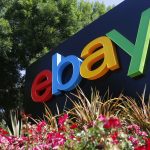 Earlier this week, David Harville, one of seven former eBay employees involved in a 2020 campaign to harass the creators of a newsletter critical of the e-commerce company, pleaded guilty to five federal felony charges, ending one of the most bizarre episodes in recent tech history.

In June 2020, the US Department of Justice charged six former eBay employees, including Harville, with conspiracy to commit cyberstalking and conspiracy to tamper with witnesses. Of the group, Harville was the final employee to admit involvement in the harassment campaign that targeted Ina and David Steiner, The Associated Press reported on Thursday.
In 2019, the Massachusetts couple published an article in their EcommerceBytes newsletter about litigation involving eBay. Responding to what they considered negative coverage of the company, the group carried out a harassment campaign that involved, among other actions, sending the couple a preserved fetal pig, live spiders and a funeral wreath. They also created fake social media accounts to send threatening messages to the Steiners and share their home address online.

According to the Department of Justice’s original 2020 filing, part of Harville’s involvement in the campaign included a plot to install a GPS tracking device on the Steiner’s car. Harville, alongside James Baugh, one of the other former employees charged in the scheme, carried with them fake documents allegedly designed to show the two were investigating the Steiners for threatening eBay executives.

Last July, a federal judge sentenced Philip Cooke, the first of the seven former employees convicted in the scheme, to 18 months in prison. At the time, US District Judge Allison Burroughs called the entire case “just nuts.” That same summer, the Steiners sued several eBay employees, including former CEO Devin Wenig, for carrying out a conspiracy to “intimidate, threaten to kill, torture, terrorize, stalk and silence them.” Wenig has denied having any knowledge of the campaign.