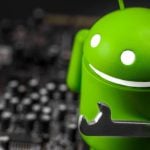 The introduction of the EU’s General Data Protection Regulation (GDPR) back in 2018 may have had a detrimental effect on the number of new apps available for Android smartphones according to a new research paper.

In the paper, titled “GDPR and the Lost Generation of Innovative Apps”, economic researchers from several universities in the EU, UK and US examined the impact of GDPR on the mobile app business.

To compile their paper, the researchers looked at 4.1m apps in the Google Play Store between July 2016 and October 2019 to find that the privacy benefits of GDPR were accompanied by “substantial costs to consumers, from a diminished choice set, and to producers from depressed revenue and increased costs”.

While consumers allegedly had less choices when it came to apps, the apps that were available on the Play Store and Apple’s App Store saw their revenue increase as total revenue on both platforms grew from $43.6bn in 2016 to $83.6bn in 2019 according to The Register.

Once GDPR went into effect in May of 2018, app developers had to comply with rules that required consent for data gathering, transparent data processing, purpose limitation, accuracy, limited retention, confidentiality and accountability in order to distribute their apps in the EU.

The researchers’ paper, which is distributed through the US-based National Bureau of Economic Research and will soon be submitted for journal publication, found that the Android app market was transformed as a result of GDPR.

At the same time that the number of Android apps fell by about a third following the implementation of GDPR, fewer new apps were created (47.2% less) and usage of the apps that remained on the Play Store fell by 45.3 percent. While this was happening, the average users per app increased by around a quarter (25%) as end users migrated away from low quality apps and towards those that were of a higher caliber.

Still though, an argument can be made that GDPR worked as intended since low quality apps that didn’t respect the data of their users disappeared from the Play Store. Consumers instead turned to apps with the necessary resources to safeguard their data while complying with GDPR.