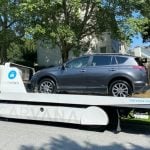 On Tuesday, online used car retailer Carvana took to Zoom to lay off 12 percent of its workforce, reports Protocol. According to Twitter reports, the startup incited “mass hysteria” among workers when it sent a company-wide email at 7:30AM informing everyone of the impending job cuts but not specifying who would be affected. In the end, Carvana told approximately 2,500 workers, many of them in “operational positions,” they no longer had a job with the company in a Zoom call some employees said was pre-recorded, a claim the startup disputes.

Fuck @Carvana. You just fired us in a zoom meeting and said “have a good day” at the end. You should be ashamed. Many people have children, rent to pay, and responsibilities. I am so disgusted by how this was handled

Despite finding success early in the pandemic, Carvana has struggled recently. During its first-quarter earnings call, the company reported a $260 million net loss, and it blamed the layoffs on the financial headwinds that have come its way and slowed growth.
“Recent macroeconomic factors have pushed automotive retail into recession,” a Carvana spokesperson told Protocol. “While Carvana is still growing, our growth is slower than what we originally prepared for in 2022, and we made the difficult decision to reduce the size of certain operations teams to better align with the current needs of the business.”

On the same day Carvana told employees of the layoffs, the company announced it would spend $2.2 billion to buy a handful of used-car auction sites from Kar Auction Services. Carvana isn’t the first company to turn to a Zoom webinar to conduct layoffs. Late last year, mortgage startup Better.com fired about 10 percent of its workforce in a webinar that caused a similar backlash among those affected.