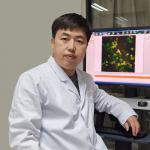 By washing through the brain, neuromodulators “allow you to govern the excitability of a large region of the brain more or less in the same way or at the same time,” said Eve Marder, a neuroscientist at Brandeis University widely recognized for her pioneering studies on neuromodulators in the late 1980s. “You’re basically creating either a local brain wash or more extended brain wash that is changing the state of a lot of networks simultaneously.”

The powerful effects of neuromodulators mean that abnormal levels of these chemicals can lead to numerous human diseases and mood disorders. But within their optimal levels, neuromodulators are like secret puppeteers holding the strings of the brain, endlessly shaping circuits and shifting activity patterns into whatever may be most adaptive for the organism, moment by moment.

“The neuromodulatory system [is] the most brilliant hack you can imagine,” said Mac Shine, a neurobiologist at the University of Sydney. “Because what you’re doing is you’re sending a very, very diffuse signal … but the effects are precise.”

In the past few years, a burst of technological advances has paved the way for neuroscientists to go beyond studies of neuromodulators in small circuits to studies looking across the whole brain in real time. They have been made possible by a new generation of sensors that modify the metabotropic neuronal receptors—making them light up when a specific neuromodulator lands on them.

The researcher Yulong Li of Peking University in Beijing has developed a number of sensors that are advancing studies of neuromodulators and their effects.Photograph: Tianjun Zhao

The lab of Yulong Li at Peking University in Beijing has developed many of these sensors, beginning with the first sensor for the neuromodulator acetylcholine in 2018. The team’s work lies in “harnessing nature’s design” and taking advantage of the fact that these receptors have already evolved to expertly detect these molecules, said Li.

Jessica Cardin, a neuroscientist at Yale University, calls the recent studies using these sensors “the tip of the iceberg, where there’s going to be this enormous wave of people using all of those tools.”

In a paper posted in 2020 on the preprint server bioarxiv.org, Cardin and her colleagues became the first to use Li’s sensor to measure acetylcholine across the entire cortex in mice. As a neuromodulator, acetylcholine regulates attention and shifts brain states related to arousal. It was widely believed that acetylcholine always increased alertness by making neurons more independent of the activity in their circuits. Cardin’s team found that this holds true in small circuits with only hundreds to thousands of neurons. But in networks with billions of neurons the opposite occurs: Higher levels of acetylcholine lead to more synchronization of activity patterns. Yet the amount of synchronization also depends on the region of the brain and the arousal level, painting the picture that acetylcholine does not have uniform effects everywhere.

Another study published in Current Biology last November similarly upended long-held notions about the neuromodulator norepinephrine. Norepinephrine is part of a monitoring system that alerts us to sudden dangerous situations. But since the 1970s, it’s been thought that norepinephrine is not involved in this system during certain stages of sleep. In the new study, Anita Lüthi at the University of Lausanne in Switzerland and her colleagues used Li’s new norepinephrine sensor and other techniques to show for the first time that norepinephrine doesn’t shut down during all stages of sleep, and indeed plays a role in rousing the animal if need be.