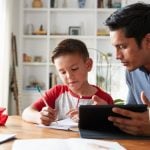 Parent-teacher meetings could soon get even more interactive thanks to a new Microsoft Teams update.

The video conferencing service has announced it is working on Parent Connection, a new feature that will allow parents or guardians to communicate directly with educators through Microsoft Teams.

The company promises that the feature will allow parents and teachers to connect using chat, email or phone call, possibly signalling an end to uncomfortable after-hours school visits.

In the official Microsoft 365 roadmap entry the new feature is described as letting educators connect with the guardians of their students by chat, email or phone call “with a single click”.

The feature is still listed as in development for the time being, but it has a general availability release date of May 2022, so may not be too far off.

Microsoft says that, when launched, Parent Connection will be available to Teams users across the world on its Education platform, as well as general users on the Web, Desktop and Mobile platforms.

Apart from that, there isn’t much detail available on the new feature, but Parent Connection looks likely to be the latest in a series of education-focused upgrades released for Microsoft Teams in recent months.

This includes a Class Insights tab that lets educators gain analysis into how their students are performing, including average grades, on-time assignments, average return time and conversation activity over time.

Using data from the Class Insights tab, educators using Teams will now have a single view to observe both individual student and class performance, and will be able to make more informed decisions about their curriculum, pacing and student engagement.

In September 2021, Microsoft Teams also announced Reading Progress, a new free tool that it says can help students improve their reading skills by real-world practice, but also allow teachers and lecturers to better support the needs of students by offering in-depth analysis, helping aid their progression over time.