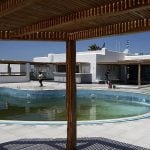 ATHENS – There’s good news and bad news about tourism in Greece coming back with COVID-19 health measures being eased and masks soon being lifted: the visitors are back already but in such big numbers more help is needed to serve them.

In a feature on the pleasant dilemma, Agence France-Presse (AFP) pointed to the example of Chryssa Vertakis, whose 3-star hotel on Crete is already nearly fully booked for the summer but she can’t feed them because she doesn’t have a chef or cooks.

It’s the same at hotels and restaurants and businesses catering to tourists with the report saying there are acute shortages of needed help after two years of near shutdowns sent workers scuttling into other jobs and not coming back.

Tourism accounts for 18-20 percent of the country’s Gross Domestic Product (GDP) of 190.07 billion euros ($200.3 billion) and it is dependent largely on foreign workers in the sector as well, including waiters, cleaners, busboys and cooks.

Many Bulgarians working as cleaners in Vertakis’s hotel Alexia Beach went home during last year’s lockdown, and did not return, she told AFP and workers unhappy about season positions and low pay have found other work.

The union of Greek restaurant workers said it’s no surprise workers steer clear of an industry where some operators “demand 10 to 12 hours of work without a day off, offering barely 700 euros ($738) per month,” not including tips.

Andreas Andreadis, honorary chairman of the association of Greek tourism enterprises (SETE), warned that Greece’s travel industry is currently short of over 50,000 mainly kitchen and service staff. “Our quality tourism is in danger,” he tweeted earlier.

With Greece welcoming tourists there’s some concern their experience will be dampened if services aren’t there and there’s also not been reports whether anti-vaxxers who spread the Coronavirus will be checked before trying to get into packed restaurants, bars and taverns.

The government has even ended mandatory screening tests for travelers with a valid European Union vaccination certificate and vaccine passes will no longer be required in restaurants, bars and shops from May 1, while masks come off June 1.

This year won’t see a match of the record 33 million tourists who came in 2019 before the pandemic hit but it will come relatively close based on the arrivals and tour packages, bookings and airlines adding extra direct flights.

But Vertakis said “without staff to accommodate this many people, it will be a problem,” and there’s no plan to try to fill the gap.

Nektarios Seremetis, who manages the restaurants and bars at the four-star Thalassa Beach Resort down the same coast, is three waiters short and told AFP that, “Those who worked for us in 2019 left and found jobs in Cyprus or Italy, where salaries are higher.”

Tourism Minister Vassilis Kikilias last month suggested some of these vacancies could be filled from among the over 22,000 refugees from Ukraine who have fled to Greece since Russia’s invasion in February as EU sanctions over the invasion have prohibited Russian airlines, which means no Russian tourists.

At the Chryssi Akti hotel in Crete, Alexandros Pantelakakis said he’ll have extra duties taking care of the parasols and lounge chairs on his own this season.