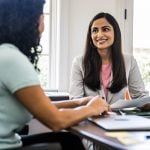 Soon, Fidelity Investments will enable some 401(k) investors to add Bitcoin investments to their 401(k) accounts, the company announced Tuesday. But financial advisors urge caution before savers jump at the investment opportunity.

Investing in Bitcoin via a retirement account like a 401(k) is a potentially exciting proposition for those who want exposure to crypto but don’t want the hassle of going it alone. But it can also expose them to greater risk, says Catherine Valega, a certified financial planner in Boston.

“I would keep it at a very low upper limit of one to two percent of assets at a maximum,” says Valega. “These assets can be very volatile, and I’m nervous that employers are setting themselves up for a major headache if investors get too excited and carried away.”

Fidelity’s platform caps the percentage of contributions investors can put into Bitcoin at 20%. Employers will be able to limit that further if they so choose. In general, most financial advisors suggest keeping exposure to cryptocurrencies like Bitcoin below 5% of the portfolio’s total.

That’s because, as Valega noted, cryptocurrencies, including Bitcoin, are extremely volatile—much more so than a typical stock. These currencies are also relatively new as far as investments go. They don’t have the decades of historical data behind them that make them relatively safe investments for someone’s retirement, like a stock index does (that said, future gains are never guaranteed with any investment).

That’s one of the reasons the U.S. Department of Labor has warned against holding crypto in a retirement account.

“At this early stage in the history of cryptocurrencies…the U.S. Department of Labor has serious concerns about plans’ decisions to expose participants to direct investments in cryptocurrencies or related products, such as NFTs, coins, and crypto assets,” the department said last month. It also noted that the newer investments tend to attract more inexperienced investors “with expectations of high returns and little appreciation of the risks the investments pose.”

Investors near retirement, who will need to take distributions sooner than younger workers, should be especially cautious of adding volatility to their portfolio.

How it will work

Fidelity, the nation’s largest 401(k) plan provider, fundamentally disagrees with the Department of Labor, Dave Gray, head of workplace retirement platforms and offerings at Fidelity Investments, tells Fortune. He says limiting the amount investors can put into Bitcoin and providing user education will ensure prudent decision-making. Investors want the option of investing in crypto, he says.

If employers who have their retirement plans with Fidelity opt in, then employees will be able to allocate a portion of their 401(k) contributions to a Digital Assets Account that will invest in Bitcoin, says Gray. It will essentially be like a mutual fund offering that they can select from a menu of investment options.

Though it’s designated as another account, it is fully integrated into the 401(k), meaning savers will get the full tax benefits of their 401(k). Fidelity will handle trading for investors and will technically be the custodian of the Bitcoin. The investment firm also holds the Bitcoins private key, and will handle security.

Like a mutual fund’s expense ratio, there is a fee attached to the investment option: Gray says it will be between 0.75% and 0.90% of assets annually, which will go toward the custody and security of the accounts.

Like with the other investments in their 401(k)s, savers will only need to worry about taxes when they taken a distribution, likely a welcome change for those who don’t want the headache associated with crypto taxes each year.

“This is designed for longer-term investing, not for somebody who wants to make short-term trading in Bitcoin,” says Gray.

This story was originally featured on Fortune.com