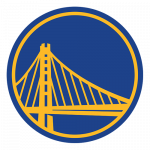 Jump ahead: Game of the night | Picks and props

What you need to know for Sunday’s playoff games

Value Splash Brother: Much has been made about the Warriors and what now appears to be a set of three Splash siblings, but one sticks out as the value play today both in the prop markets and across the DFS landscape. Jordan Poole averaged 21 points in the first round and hit the 50-40-90 shooting line in the process, but he played 14 fewer minutes than Klay Thompson in Game 5 as Golden State started their “death lineup”.

The clear edge in playing time for Thompson, however, is just the tip of the iceberg. His 3-point rate (the percentage of shot attempts that came from downtown) was up to 51.7% this regular season from last regular season’s 42.7% and in the first round win over the Nuggets, Thompson’s rate was 56.5%. Obviously, an increase like this is encouraging for one of the best shooters to play the game, but what about this matchup? Well, the Grizzlies allowed the Timberwolves (an average 3-point shooting team) to make 44-of-100 triples over the final three games of the series.

Only one team in the league hunts three pointers at a higher rate than Minnesota (38.2% of their points come via the 3) this season and it’s Golden State (38.8%), so with Thompson getting healthier by the day, he’s a strong buy in Game 1 and until Memphis proves they can guard the perimeter.

Clarke Cleaning the Glass: One angle working in the Grizzlies’ favor for this series against the Warriors is the size, bounce, and relentlessness that Brandon Clarke brings off the pine. Clarke became an essential part of the Memphis playoff rotation against Minnesota, averaging 18.3 points and 9.8 rebounds during the final four games of the series.

Clarke led Memphis with 17.8 rebounding chances per game in the series, something that could play out again in the second round. Speaking to Clarke’s value in DFS lineups and for prop bets on Sunday, it’s helpful to note he averaged 25.5 minutes in two matchups with Golden State during the regular season, tied for his highest clip against any opponent.

Making up for Middleton: No single player on the Milwaukee roster can make up for the production and play Khris Middleton brings to the floor. Yet with the All-Star wing being unlikely to play in this series with Boston due to a knee injury, it’s critical to evaluate how the rotation and offense might function in his absence.

With Middleton off the floor, Grayson Allen has seen the single-highest leap in usage rate on the roster during the postseason. Allen was tasked with much more shot volume and offensive creation against the Bulls in the wake of Middleton’s injury and has responded with efficiency. Forward Bobby Portis averaged 4.6 more DraftKings points per 36 minutes with Middleton off the court in the first round, suggesting he’s a worthy target for scoring and double-double props for the series opener on Sunday.

Notable: The Grizzlies were the best ATS team at home this regular season (27-14) while the Warriors were below average ATS on the road (18-22-1).

Morant dominated as a distributor and rebounder in the first round of the playoffs. In his last five games, he’s averaged 11.0 APG and 9.6 RPG, and had at least 19 combined assists and rebounds in all five of those games. The Warriors are playing more small ball, and their guards aren’t good athletic matchups against Morant, indicating he should have another big series ahead of him. — André Snellings

The Grizzlies play at a fast pace, and the Warriors are known to trot out small-ball lineups as well. Shooting so well, the Warriors don’t even have to have lots of possessions to score. Golden State’s death lineup of Stephen Curry, Poole, Thompson, Andrew Wiggins and Draymond Green finished with a plus-23 in 39 minutes against the Denver Nuggets. — Eric Moody

In the playoffs, Poole has averaged 21 points per game while shooting 54.8% from the floor and 48.4% from beyond the arc. This postseason, he’s leading the Warriors in shooting percentages, and if he continues to look like that alongside Curry and Thompson, the Grizzlies are going to have a tough time keeping up. — Moody

Of all the ways to attack this series, this is my favorite approach in terms of both positioning and liability. You could just take Boston to win the series (-210), or just to win Game 1 (-190), but put them together and you’ll get (-115).

Look, if you like Boston to win the series, but don’t like the Celtics to win Game 1, just sit back and bet the adjusted series price after Jayson Tatum and company lose on Sunday. You’ll get a much better price, but you’ll be in a 0-1 hole with no home-court advantage.

If you like Boston to win Game 1, why lay -210 on the series when you can lay -115 on them to win both Game 1 and the series? Of course, laying the -210 gives you the flexibility of still winning the series despite losing Game 1, but again, you can come right back and bet the Celtics at the more favorable adjusted series price once they fall into that 0-1 hole.

And, of course, if you like the Bucks to win this series, go ahead and disregard everything you just read. — Joe Fortenbaugh

These two teams played four times this season, but the personnel was different in each game. The one commonality in the matchups was that they were typically close, down-to-the-wire affairs. In the game the Celtics won where neither Giannis Antetokounmpo nor Middleton played, it went to overtime. In the game the Bucks won when Tatum didn’t play, it was tied with 1:31 left in the fourth quarter.

This is a playoffs matchup where there is pressure on both sides. The Celtics know they need to win to prove they’re truly capable of championship level play, while the Bucks know they have to steal at least one game on the road without the all-star Middleton. I expect every game to be a slugfest that could go in either direction, so I’ll take the champs with the points. — Snellings

This matchup features two of the biggest frontlines in the NBA, with both sides starting two power forward/center types next to oversized team MVPs (the 7-foot-0 Antetkounmpo and the 6-foot-10 Tatum). Portis crushed the glass against the Bulls last round (13.8 RPG in the four games he completed), but the Celtics’ larger frontline could pose more challenges.

However, working in Portis’ favor, the Celtics defense will be entirely focused on slowing down Giannis. With Brook Lopez back and occupying one of the Celtics’ bigs and the other two likely shaded toward the Greek Freak, Portis should still get plenty of opportunity to crash the boards against imbalanced opponents. — Snellings

This season, all five Celtics starters ranked in the top 20 on the defensive rating list. It will be hard for Antetokounmpo to score at the basket against a Boston team that allows the second-fewest points in the paint. The Celtics have a lot of defenders who can match up with him. Antetokounmpo could struggle in Game 1. — Moody

Taking away paint and rim shots is the Milwaukee defense’s primary objective. Because of this, Milwaukee allows more triples than any other team. Smart averaged 8.0 3-pointers per game in the previous series against the Nets. Expect this trend to continue against the Bucks. — Moody

While Holiday has played in just one All-Star game, he’s one of the top point guards in the league. In the regular season, he averaged 18.3 PPG, 4.5 RPG, and 6.8 APG. The Bucks will need him to step up their game because Middleton is out. — Moody