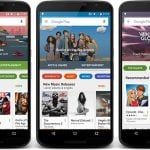 Google has released a report on the state of security in the Play Store, covering threats to users, its own enforcement, and more.

The headline statistic is that Google preemptively blocked 1.2 million apps from being published for violating its platform rules during 2021. On top of this, Google also banned 190,000 developer accounts for malicious behaviour and closed 500,000 inactive developer accounts.

“In addition, Google Play Protect continues to scan billions of installed apps each day across billions of devices to keep people safe from malware and unwanted software.”

Malware has long been a problem on the Play Store. The most recently example, reported by the Wall Street Journal, was tied to a US defence contractor and impacted Muslim prayer apps with over 10 million downloads, among others.

In comparison to Apple, Google has at times had a more lax approach to vetting application submissions, leaving users to rely more heavily on Android antivirus services. Over time, the company has become more aggressive at weeding out bad actors.

In its blog post, Google details the progress it has been making in preventing developers from releasing apps that will harm users.

“As a result of new platform protections and policies, developer collaboration and education, 98% of apps migrating to Android 11 or higher have reduced their access to sensitive APIs and user data,” the company says.

Pixel users have also received special treatment from Google, including a new Security Hub that offers a centralized way to manage security on Android.

Google is also introducing new machine learning models to help improve the detection of malware and ransomware on Pixel devices.