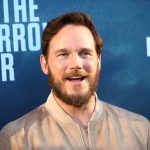 You won’t be able to see the long-awaited Super Mario Bros. movie in theatres for the holidays this year: Nintendo has pushed back the animated film’s release date to April 2023 from December 2022. Acclaimed video game designer Shigeru Miyamoto has announced the delay on Twitter, along with film’s the new premiere dates of April 28th in Japan and April 7th in North America.

This is Miyamoto. After consulting with Chris-san, my partner at Illumination on the Super Mario Bros. film, we decided to move the global release to Spring 2023–April 28 in Japan and April 7 in North America. My deepest apologies but I promise it will be well worth the wait.

Miyamoto didn’t reveal the reason behind the delay or say if the COVID-19 pandemic had anything to do with it. He only said that he and Chris Meledandri, the CEO of Illumination animation studio, have decided to move the film’s global release date. The Nintendo exec also apologized and promised that “it will be well worth the wait.” Illumination, known for the Despicable Me and Minions franchise, is animating the movie, while Universal is co-financing and distributing it in North America.
The Super Mario Bros. movie has been in the works since 2017 and has been in “priority development” at Illumination over the past few years. It will feature the voices of Chris Pratt at Mario, Charlie Day as Luigi and Anya Taylor-Joy as Princess Peach. Jack Black will voice the legendary bad guy Bowser, while Seth Rogen will voice Donkey Kong. Charles Martinet, the actor who portrayed Mario in various games across the franchise, will also voice various cameos throughout the film.