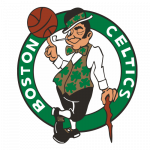 Jump ahead: Game of the night | Picks and props | Analytics edge

What you need to know for Monday’s playoff games

Hold Onto Those Brooms: Have the Celtics looked great through three games? Yes. Does it mean they close things out tonight? Not so fast. Saturday was the 25th game Boston failed to connect on at least 31% of their 3-pointers. They were able to hold on for the win at Barclays Center but have gone 7-17 in the 24 other games, losing by an average of 9.4 points. It’s possible they rediscover their shooting form in Game 4, but proceed with caution, as this downward trend could lead to a Nets win.

Brooklyn’s Glue Guy: Bruce Brown has been Brooklyn’s best role player through three games. With Ben Simmons ruled out for Game 4, Brown should thrive on both sides of the ball. He had a 31% usage rate in Game 3, the second-highest clip of his Nets career while posting at least two stocks (steals plus blocks) in each game of the series. While it’s unlikely we see him loft 19 shots again as we did on Saturday, he should flirt with 40 minutes and have plenty of opportunities, supporting value in DFS tourneys and the prop market.

VanVleet’s Availability: Fred VanVleet left Toronto’s Game 4 win over the 76ers due to a hip injury. VanVleet had already been limited by a lingering knee ailment entering the postseason and is questionable for Game 5. If VanVleet can’t go, Gary Trent Jr. could have an expanded offensive role. Trent’s usage rate spikes 3.7% when VanVleet is off the floor, averaging nearly three more points scored per 36 minutes. Meanwhile, Pascal Siakam has averaged 6.1 dimes per 36 minutes without VanVleet. His assist prop sits at 5.5.

The Dwight Stuff: Dwight Powell simply plays better when Luka Doncic is on the floor. Doncic’s deft pick-and-roll passing gives Powell sneaky offensive value. He had a modest scoring prop of 5.5 on Saturday, a number he doubled as the rolling big for Doncic. Powell also serves an important role for Dallas, contending with the league’s best rebounder, Rudy Gobert, on the glass. It’s worth considering both Powell and Doncic’s rebounding props tonight. Powell led Dallas with 15 potential rebounds in Game 4 and Doncic was just behind with 12.

Compete for $40,000 throughout the NBA postseason! Make Your Picks

Notable: Expecting a close game? Take the under. Eleven of Boston’s past 14 playoff games where the spread was less than three points have gone under the total.

Best bet: Kevin Durant over 28.5 points. This one isn’t about analytics. I simply do not believe that Durant is going to let himself go out like this. Thus far, in this series, Durant has played the worst three-game stretch that I can remember in his entire career. This is now an elimination game, at home, and even if the Celtics complete the sweep, I just expect Durant to play his personal best. To me, it should be about pride at this point. — Snellings

Best bet: Marcus Smart over 13.5 points. Jayson Tatum and Jaylen Brown get a lot of attention as the Celtics’ primary scorers. However, Marcus Smart has been very valuable to Boston as a secondary scorer. He has averaged 15.3 PPG and 13.6 FGA for the series. The Celtics will go all out to close things out tonight and Smart could capitalize. — Eric Moody

Key players ruled out: none

Best bet: Pascal Siakam over 23.5 points. Siakam rediscovered his scoring touch last game, popping for 34 points after he averaged 16 PPG in the previous two games. Before those two games, Siakam had averaged 28.8 PPG over his past four games against the 76ers. With VanVleet questionable, the ball should be in Siakam’s hands leading to more opportunities for him to be aggressive — Snellings

Best Bet: Pascal Siakam over 37.5 points + assists + rebounds. Siakam had his third career 30-point, 5-rebound playoff game on Saturday, tying Vince Carter for the fourth-most in Raptors postseason history. With VanVleet questionable Toronto will lean more on Siakam and he is more than capable of stepping up — Moody

Best bet: Raptors +7.5 points. The strength of the Raptors has always been the funkiness of their lineups. They play an almost position-less game, with multiple 6-foot-8 inch guys contributing in non-traditional ways. VanVleet is an important player when healthy, but he’s been struggling with injuries for most of the series, only shooting 35.2 FG% before exiting Game 4. If he’s unable to go, it would be a blow to the Raptors, but also allow them to go with a bigger lineup on the court. We could see Siakam, Gary Trent Jr, OG Anunoby, Scottie Barnes, and Precious Achiuwa start Monday night’s game with Chris Boucher and Thaddeus Young contributing off the bench. That’s a matchup nightmare that will keep them competitive. — Snellings

Best bet: Tyrese Maxey over 18.5 points. Maxey should have more space to operate if VanVleet is out. He’s averaging 22.7 PPG so far this season. That’s a reasonable floor in Game 5, but Maxey might surpass it. -Moody

Key players ruled out: none

Notable: The Mavericks covered their last home playoff game (Game 2), snapping a string of five straight ATS losses in the postseason in front of their home fans.

Best bet: Under 213 points. Even though two of the four games in this series have gone over the points total, the other two have gone under. We expected low-scoring games between Jazz and Mavericks even before the series started since both teams play great defense. But the return of Luka Doncic has slowed the pace of the game down considerably. — Moody