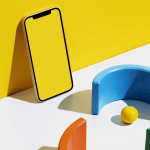 Late last year I had, shall we say, compelling reasons to set up LinkedIn for the first time. I didn’t find a job. I did, however, find a staggering number of emails in my inbox.

LinkedIn, if you don’t change the settings, will email you anytime anyone you know sneezes in a professional context. And the only way to change this isn’t exactly straightforward. Here’s what I did:

Novelist Douglas Adams wrote about planning documents being “on display in the bottom of a locked filing cabinet stuck in a disused lavatory with a sign on the door saying ‘Beware of the Leopard.’” The joke was that while it was possible for a concerned citizen to read the documents, it wasn’t exactly likely.

LinkedIn’s email settings are the software equivalent of putting planning documents behind a sign labeled “Beware of the Leopard.” Most people aren’t going to bother digging through the settings long enough to change these settings.

LinkedIn, I have to imagine, knows this—and is counting on it. The more email I get about LinkedIn, the more likely I am to develop a habit of checking the service.

p class=”paywall”>This is the power of default settings. It allows tech companies to steer people toward behavior they want and still argue that they’re “giving users the choice.” Which is why you should always be skeptical of the default settings.

Software Has an Agenda

In an age long since passed, the marketing departments at software companies were separate from the people making the software. That’s not the case anymore, and the term “growth hacking” is a big reason why.

I won’t go into a lot of detail on what this term means, because doing so would involve a lot of marketing jargon, and my burning hatred for said jargon could melt most moons (and the bulk of some planets). To summarize: “Growth hacking” is how software companies refer to “features” in a product that are primarily there to encourage growth.

So LinkedIn, by default, emails you about everything. This might benefit you a little—it keeps you informed about new messages—but that’s not why they do it. LinkedIn could, after all, show you the content of the messages, but they don’t—they just say you got a message. That’s because they want you to click. You clicking makes their numbers go up.

Numbers going up is important. Numbers going up is the only thing that makes software companies feel good about themselves—or, if we’re honest, feel much of anything—anymore. They need those numbers to go up, so you’re going to get a bunch of emails.