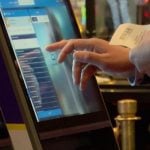 SHREVEPORT, La. (KSLA) – Since its launch, sports betting has raked in nearly $7.5 million in revenue, according to the most recent report released by Louisiana State Police.

For the month of March, Louisiana Gaming Control Board Chairman Ronnie Johns said the state ranked eighth in the nation for the most amount of money wagered.

“You have to take that into perspective that you have New York and New Jersey and Pennsylvania with much larger populations than we have,” he said. “If you broke it down into a per capita basis, Louisiana would probably be within the top three in the country in actual number of dollars that were wagered.”

Presumably due to March Madness, basketball had net proceeds at nearly $13 million, more than any other sport eligible for bets.

At Monday’s board meeting, Johns said several casinos presented plans to expand and improve the amenities inside the casinos across the state.

“People will have a really fine experience with a nice restaurant and a lot of amenities right there on the property…just a whole new experience within the casinos, themselves,” he said.

He said expects the amenities, coupled with mobile sports betting, will encourage people from outside Louisiana to visit.

KSLA asked if Johns thought the revenue would drop off now that March Madness is over. He acknowledged while people will still bet on other sports, it will likely not match the intensity and popularity until the college football season in the fall.