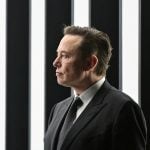 It’s a busy time in the world of Elon Musk. On the same day it emerged he made a bid to buy Twitter, he’s giving a TED Talk. The organizers of TED are opening up the conference’s livestreaming channel to all, so anyone can watch the talk (which is underway) for free.

As ever, Musk should have plenty to talk about. He recently became Twitter’s largest shareholder. He was offered a seat on the board but turned it down. Soon after, Musk was hit with a class action lawsuit relating to how he disclosed his investment. And that’s not to mention his own companies, SpaceX and Tesla, which he might discuss as well.
Grab some popcorn. You can watch the stream here. You can rewind it to the beginning if you’re joining a little late.