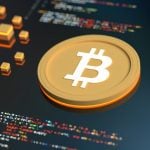 Bitcoin (BTC-USD) and other cryptocurrencies have been considered taboo by much of the broader market until recently. In a short period of time we now have professional sports teams, hedge funds, and billionaires utilizing and purchasing digital assets. President Biden has now issued an executive order to coordinate financial regulators to regulate and understand digital assets. Less than a decade ago it appeared the U.S. would likely have nothing to do with digital assets, as they operated as an anarchy to traditional financial systems. With numerous countries exploring digital assets the U.S. didn’t want to fall behind, meaning Bitcoin and other digital assets are here to stay. As inflation continues to rise rapidly, Bitcoin is becoming increasingly more attractive.

Many crypto advocates would argue that government regulation of digital assets eliminates the foundation they were built on, which is decentralization. I would argue that you can’t have your cake and eat it too. While the decentralized nature of digital assets is appealing, it has enabled laundering, theft, tax evasion, trafficking, and many other illicit activities. Not to mention individuals that have lost copious amounts of money via lost keys and passwords to accounts. The regulation of digital assets creates a framework for the market without destroying the principles they were built on.

Bitcoin is worth consideration as inflation surges

Bitcoin has proven to act as a store of value that isn’t affected by the decisions of the Fed or central banks. Bitcoin’s price is highly volatile, but as regulation sets in I believe many more investors will feel comfortable investing in digital assets. Additionally, I believe regulation will significantly reduce the amount of volatility seen in Bitcoin and other digital assets.

Bitcoin is particularly attractive when considering inflation because it is deflationary in nature. Inflation is the increase in prices in consumer goods, which is generally tied directly to the fact that the U.S. dilutes the value of the dollar via printing money, and as of recent, stimulus. Store of values like Bitcoin derive value from market demand and scarcity. For example, gold is considered a store of value, as it has relatively high demand and is scarce.

While the U.S. will print more dollars and more gold will be mined, almost all of Bitcoin’s supply is in circulation. Bitcoin’s blockchain doesn’t allow for splits or printing. In short, Bitcoin is the rarest asset on the market, isn’t adversely affected by central financial systems or politics, and is here to stay.

Bitcoin is down 7% in the last five days, which is a relatively large drop, even for Bitcoin. Considering there aren’t fundamentals to be used to analyze Bitcoin, I will use technical analysis. I personally believe the crypto market is moving on to the fifth wave of the Elliott Wave theory. The Elliott Wave theory is comprised of five waves. Waves one, three, and five are uptrends, with waves two and four acting as pullbacks. Each progressive uptrend wave must create a new high and each progressive downtrend must create a higher low to validate the Elliot Wave theory.

Here is a chart I made on tradingview.com. You can see we have our first large wave up between the end of FY20 and the beginning of FY21. From there we have a wave two pullback and a wave three uptrend that creates a new all-time high of roughly $69,000. The fourth wave pullback has occurred and created a higher low (at least as of now). Based on the Elliott Wave theory I believe the crypto market has initiated the fifth wave.

In the chart above I lay out some key lines of support and resistance as seen by the blue horizontal lines. The two diagonal trendlines indicate upward momentum is still in play. I use a Fibonacci Extension from the most recent low to the most recent high and set at the retracement level around $40,000. The 100% Fibonacci extension level reflects a reasonable run for Bitcoin could achieve price levels around $78,000.

However, the high achieved in wave one was approximately $64,000 and the high achieved in wave three was approximately $69,000. To be conservative I believe a bull run would take Bitcoin to roughly $74,000, following the pattern of the first and third waves. Each candle in the chart reflects a month’s time. From the first wave high, Bitcoin saw three months down, two months up, one month down, with month four and five achieving high levels.

It’s worth noting month four is green, yet the wave three high is achieved in month five which reflects a red candle. Observing, you can see wave four and the apparent transition to wave five is moving identically to that of waves two and three. Should this trend continue, we should see a massive swing up in May, with a potential new all-time high being set in June. It’s also worth noting that should the trend continue a new all-time high will be set in June with potential for a steep drop the same month.

I am bullish on Bitcoin and digital assets in general. With Bitcoin’s recent price drop and according to the technical data, I believe Bitcoin is worth buying at current levels. There is a lot of price consolidation and support around the $40,000 level, and the chart is right on path to executing the Elliott Wave theory. I focus on long-term prospects and believe in Bitcoin as a long-term play. However, I believe the technical data is pointing to a very good channel for both long-term investors and traders at current levels.

In conclusion, Bitcoin’s prospects look great. The Biden administration is paving the way for Bitcoin and digital assets alike to be thoroughly integrated into financial markets and Bitcoin is proving to be as good a store of value as anything (aside from elevated levels of volatility). Bitcoin can act as a strong hedge against inflation, central banks, and broader financial turmoil as it’s decentralized, and supply is scarce.

Furthermore, according to technical data and the Elliot Wave theory, Bitcoin’s price action looks very promising moving into May and June. I believe in Bitcoin as a long-term investment regardless of short-term price action. However, for those looking to trade for a shorter term, I recommend Bitcoin at current levels with the notion to trim or sell should prices exceed $70,000 over the next several months.