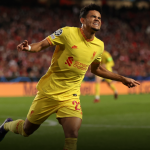 An impressive first-leg display against Benfica in Portugal means Liverpool are in a commanding position to reach the Champions League semi-finals on Wednesday at Anfield.

They host Benfica holding a 3-1 advantage. First-half goals from Ibrahima Konate and Sadio Mane put Jurgen Klopp’s men in front, before Darwin Nunez gave Benfica hope as he pulled one back early in the second half.

But Luis Diaz’s late strike ensured Liverpool have some breathing space and can likely afford to have one eye on preparing for Saturday’s FA Cup semi-final date with Manchester City at Wembley.

The winners of the tie will face Villarreal in the last four, after Unai Emery’s side shocked Bayern Munich on Tuesday.

How to watch Liverpool vs. Benfica

In the US, Spanish-language coverage of the Champions League is available on fuboTV, which also offers a free trial to new subscribers.

In Canada, every Champions League game streams live on DAZN.

The cushion of a two-goal lead means Klopp is likely to make some changes in what is shaping up to be a decisive month for his squad as they try and stay on track for an unparalleled quadruple.

He will be wary of making too many alterations, though, after Liverpool had a nervy evening in the second leg of their last-16 clash with Inter Milan in March, where they lost 1-0 at home after winning the first leg in Italy 2-0.

Certainly Roberto Firmino and Diaz will expect to feature, as Mohamed Salah could get some time to rest ahead of a second clash with City in six days, after Sunday’s 2-2 draw in the Premier League.

Benfica put their disappointment of losing to Liverpool behind them as Nunez’s hat-trick on Saturday saw them come back from conceding an early goal to defeat Belenenses 3-1.

Nelson Verissimo will go full-strength with his side again given the 3rd-placed club in Portugal trail Primeira Liga leaders FC Porto by 15 points with only five games remaining, and are nine adrift of second-placed Sporting Lisbon.

Benfica need to win by two clear goals just to stay in the tie and take the game to extra-time.

It has been done before. Benfica prevailed 2-0 at Anfield in March 2006 in the last 16 of the Champions League, thanks to goals from Simao and Fabrizio Miccoli, as they completed a 3-0 aggregate win to knock Liverpool, the defending champions that season, out of the competition.

Benfica, however, have only scored more than two goals in a Champions League away game once in four matches this season so far, and those strikes came in a 5-2 defeat at the hands of Bayern Munich in the group stage.