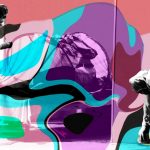 A month ago, it felt like we could see the future. Boosters were rolling out. School-age kids were getting their second shots in time to see grandparents over winter break. Life in the United States was sliding toward something that looked like it might be normal—not pre-pandemic normal, of course, but maybe a post-pandemic glimpse.

And then came the Omicron variant, squashing hopes for the holidays as completely as Delta chilled hot vax summer in July. Weeks later, we’re still not sure exactly what it portends. It’s vastly more transmissible. It may or may not be more virulent. It is tearing through countries and spreading through friend groups and sending universities back online for the spring semester.

This is not the year-end we wanted, but it’s the year-end we’ve got. Inside it, like a gift basket accidentally left under the tree too long, lurks a rancid truth: The vaccines, which looked like the salvation of 2021, worked but weren’t enough to rescue us. If we’re going to save 2022, we’ll also have to embrace masking, testing, and maybe staying home sometimes, what epidemiologists broadly call nonpharmaceutical interventions, or NPIs.

Acknowledging that complexity will let us practice for the day Covid settles into a circulating, endemic virus. That day hasn’t arrived yet; enough people remain vulnerable that we have to prepare for variants and surges. But at some point, we’ll achieve a balance that represents how much work we’re willing to do to control Covid, and how much illness and death we’ll tolerate to stay there.

“The key question—which the world hasn’t had to deal with at this scale in living memory—is how do we move on, rationally and emotionally, from a state of acute [emergency] to a state of transition to endemicity?” says Jeremy Farrar, an infectious disease physician who is director of the global health philanthropy the Wellcome Trust. “That transition period is going to be very bumpy, and will look very, very different around the world.”

To start, let’s be clear about what endemicity is, and isn’t. Endemicity doesn’t mean that there will be no more infections, let alone illnesses and deaths. It also doesn’t mean that future infections will cause milder illness than they do now. Simply put, it indicates that immunity and infections will have reached a steady state. Not enough people will be immune to deny the virus a host. Not enough people will be vulnerable to spark widespread outbreaks.

Colds are endemic—and since some types of colds are caused by other coronaviruses, there’s been speculation this coronavirus might eventually moderate too. (The coronavirus OC43, introduced to humans in the late 1800s, took a century to do that.) But flu is also endemic, and in the years before we all started masking, it killed anywhere from 20,000 to 50,000 Americans each year. Endemicity, in other words, isn’t a promise of safety. Instead, as epidemiologist Ellie Murray has argued, it’s a guarantee of having to be on guard all the time.