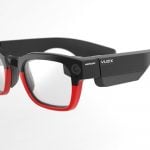 It’s been a few years since we’ve heard from AR company Vuzix. In early 2019, it came out with its first pair of consumer-ready smart glasses. After staying relatively quiet over the past two years, it’s now partnering with Verizon. The two didn’t share many details about their collaboration. What they did say is that they plan to find ways to commercialize AR technology for use in sports and gaming scenarios, especially those involving the need for training. The partnership will combine Vuzix’s new Shield smart glasses and the capabilities of Verizon’s 5G network.

It’s hard to say if we’ll see anything impactful come out of this agreement, but it’s not a surprise to see Verizon become more involved in AR technology. Augmented, virtual and mixed reality wearables have been consistently positioned as one of the primary beneficiaries of the speed and latency enhancements promised by 5G networks. Likewise, the focus on gaming and sports isn’t surprising either. Some of the earliest locations where Verizon had 5G service was in NFL stadiums. They’re one of few places where the carrier’s mmWave deployments shine since there’s enough density there to justify building out all the small cells required to blanket even a small area with ultrafast 5G coverage.