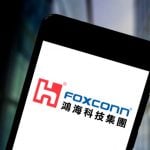 Contract assembler Foxconn had it good, bad and ugly last week at its Sriperumbudur unit near Chennai. The manufacturing plant that was closed after workers unrest was widely expected to reopen today. But the unit is likely to remain closed for production for three more days and reopen only December 30.

A Reuters report quoting unnamed official source said, “the plant is expected to start production with 1,000 workers on December 30”.

The plant was open today but no manufacturing work was carried out.

The delay in the reopening of the plant might be due to the fact the local State government had asked the Taiwanese assembler to come up with a clutch of measures to improve the working conditions and quality of living of contractual employees attached to their unit at Sriperumbudur.

The government had to come up with its ‘advice’ after the employees protested and complained about the poor quality of food at work and the hostels, resulting in several workers getting admitted to different hospitals last week.

What did the TN govt advice?

The Tamil Nadu government’s suggestion to Foxconn was sent by its additional Chief Secretary in-charge of Industries, S Krishnan, and the additional director general of Police P Thamarai Kannan. It listed out a number of suggestions, including efforts required to improve the quality of employees’ rooms, washrooms, water and other basic amenities at the hostel. The communication also specified that the rooms of employees should be properly ventilated.

The government told the company to obtain necessary permission from the district collector for the employees hostel and to take steps to cook the food served to employees within the place of their accommodation.

The advisory also included suggestions to the iPhone supplier to grant leave for emergencies to workers and find a temporary replacement for them through manpower agencies.

The government communique also claimed that Foxconn had assured that it would urge their contractors to provide quality food for all 15,000 employees working for the company and promised that they would expand their facility and operations providing employment for more people soon.

What will happen now?

If indeed the plant reopens on December 30 as is expected now, not much time would be lost for Foxconn to focus on iPhone 13 that is said to have entered the trial production at the plant. But if the delay persists, things will get difficult for Apple, and also for the much-vaunted ‘make in India’ campaign.

Foxconn was anyway looking at its China plant during the Covid-19 second wave peak earlier this year India. Now, these workers’ issue may again force it to stay in China itself.

At stake now is not just Foxconn’s Chennai operations, but also India’s own reputation as a good place to run a manufacturing unit.