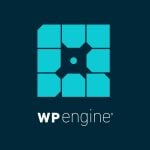 WP Engine has announced that it has acquired the premium WordPress theme Frost from Brian Gardner and will make it available for free to all users.

Gardner released Frost earlier this year as the main product of his new startup business according to a new report from WP Tavern. Before developing Frost, Gardner spent a great deal of his career working on the StudioPress theme framework. However, just like it now has with Frost, WP Engine acquired StudioPress back in 2018.

While Gardener stepped down from his role at StudioPress the following year and spent the next two years developing Frost, he found his way back to WP Engine in September of this year and became the company’s Principal Developer Advocate.

Gardner explained to WP Tavern how WP Engine’s decision to acquire Frost came to be after he joined its developer relations team, saying:

“When I joined WP Engine in late September, it was evident to me [WP Engine] saw the value in building relationships with designers, developers, and creators — within our Atlas product line, as well as with WordPress. While there was interest in Frost when I came on board, it wasn’t until my vision for our team became clear did an acquisition enter the picture. I recommended bringing Frost into the company and hiring Nick Diego.”

One of the things that makes building a website easier in Frost is the theme’s block patterns which allow users to quickly set up a site. While Frost’s Block Pattern explorer plugin used to be a part of its library plugin, Gardner and Diego decided to make it available to everyone in the hope that its enhancements one day find their way into core WordPress.

Now Frost itself is also getting the open source treatment and will become a freely distributed Full Site Editing theme according to a new blog post from Gardener. WordPress site owners can download the frost theme here and begin experimenting with the capabilities of its block editor for themselves.