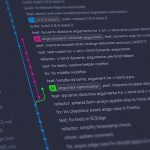 Code hosting platform GitHub has revoked weak SSH authentication keys that were generated via the GitKraken git GUI client due to a vulnerability in a third-party library that increased the likelihood of duplicated SSH keys. As an added precautionary measure, the Microsoft-owned company also said it’s building safeguards to prevent vulnerable versions of GitKraken from […]