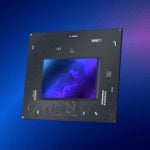 Dolmen, a sci-fi action RPG set to emerge in just a few days on May 20, won’t be launching with Intel’s XeSS tech on-board – that’s Team Blue’s DLSS rival – with the developer having clarified this.

Originally, the developer of Dolmen was questioned by Wccftech in an interview regarding whether the RPG would have XeSS support at launch, and (as flagged by Tom’s Hardware) said: “I think I can tell you that everything, including the partnership with Intel, will be released in the Day One patch [for Dolmen].”

Wccftech subsequently updated its interview to say that Koch Media PR had been in touch to advise that in fact XeSS support won’t come until the summer. Also, as VideoCardz picked up, the developer just tweeted to confirm a summer release date for XeSS in Dolmen.

Analysis: Did we really think XeSS was imminent, when desktop Arc wasn’t?

This is a bit of an odd one, really, in that we wouldn’t have expected Intel to be pushing out XeSS as soon as this week. Remember, there are no Arc Alchemist desktop GPUs out there, or even nearing launch – these graphics cards won’t come out until probably late June, and that’ll be only in China to begin with (we may not see discrete Arc desktop GPUs until later in August in Europe and the US).

On top of that, even Alchemist laptop GPUs aren’t present outside of Korea yet, so what would be the point of launching XeSS to just a tiny user base – potentially frustrating the folks waiting for Intel’s Arc graphics cards even more (“we’ve released something else – that you can’t benefit from”).

Dolmen – which was a game Intel used to showcase its frame rate booster back at the Arc laptop GPU launch – should get XeSS in maybe July or August, then, and it would certainly make sense to hold off the launch of this tech until Arc cards are more widely available across the globe (and desktop models, too). The game does also support Nvidia DLSS and AMD’s FSR (just v1.0 in the latter case, though FSR 2.0 support is apparently coming).

The (effective) delay of Arc desktop graphics cards beyond Q2 (at least outside of Asia) is, of course, already bad news for Intel, with AMD and Nvidia potentially having next-gen GPUs ready for September – and Nvidia might have some kind of a launch planned as early as July, going by a fresh rumor. And with FSR 2.0 now having emerged – looking like a big step forward for Team Red – well before XeSS hits the streets, that’s just another area in which Intel is now falling behind in its bid to make the best impression when Alchemist desktop debuts.

In short, it’s starting to seem like things are really not going to plan for Intel, and that puts us in a frame of mind whereby further delays would not be surprising.