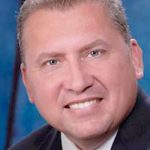 A legal dispute that raises the question of whether two former state legislators are entitled to pack pay they once publicly rejected was argued last week before the Illinois Supreme Court.

But all that high-minded rhetoric about facially unconstitutional legislation, the doctrine of laches and statutes of limitation obscured the real question the high court will eventually answer: Will two more of our lying politicians be able to stick it to the taxpayers yet again?

That assertion may sound harsh, but facts show it’s not even arguable.

Between 2009 and 2019, former state Sens. James Clayborne, D-Belleville, and Michael Noland, D-Elgin, publicly supported and cast votes for legislation that required legislators to take one furlough day a month and deny themselves cost-of-living salary increases during and in the aftermath of the Great Recession.

Casting themselves as selfless public servants, Clayborne and Noland were among legislators who boasted they were making voluntarily financial sacrifices to show of solidarity with financially beleaguered Illinoisans.

But after Noland left the Legislature (he’s now a judge, of all things), he filed a lawsuit against state Comptroller Susana Mendoza demanding repayment of the income he voluntarily refused. After Clayborne left the Senate, he joined Noland’s lawsuit.

It’s no exaggeration to say they brazenly misrepresented themselves to curry favor with voters when in office, then double-crossed them after leaving.

No wonder Mendoza, who characterizes the pair as “grifters,” is playing the issue for all it’s worth in this election year.

“Stunts like this make it even harder for us to restore (public) trust in government,” she wrote in a Chicago Tribune commentary that ran ahead of Wednesday’s oral argument.

That’s for sure. The one or two people in Illinois who still have faith in state government will have to do some hard thinking in light of the Noland/Clayborne caper.

This being Illinois, the bad guys are ahead on points in this legal boxing match.

A trial judge ruled that legislation establishing the furlough days and cost-of-living excisions is facially unconstitutional because the Illinois Constitution bars legislators from making any changes to their salaries during their terms of office.

Mendoza’s office counters, among other things, that postponing future increases are not changes in the legal sense. Further, her office argued the legislators can’t seek compensation now because they waited too long to do so — effectively “sleeping on their rights.”

There’s also the non-legal matter of Noland’s and Clayborne’s deceit.

“They sponsored, voted for and publicly touted their support for these laws,” Illinois Assistant Attorney General Richard Huszagh told the court.

Michael Scotti, the legislators’ lawyer, ignored that jibe. But he did have enough gall to charge scornfully that legislators engage in these kinds of public displays “to curry favor with the voters” while failing to mention that’s what his clients had done.

But that back pay would boost their legislative pensions.

Noland, who was in the Senate for 10 years, receives a $30,000 legislative pension in addition to his annual judicial salary of roughly $200,000.

Another former legislator — onetime state Rep. Michael Fortner, R-West Chicago — has filed a class-action suit on behalf of “all current and former legislators” that could cost taxpayers another $14.4 million in back pay.

The outcome of Fortner’s lawsuit depends on how the court rules in the Clayborne/Noland case.