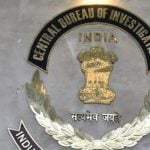 The central probe agency said a part of the money received from the public in India for betting was also being shared by their associates based in foreign countries using hawala transactions.

The accused, the CBI said, were in touch with one Pak national named Waqas Malik, whose number has already been obtained during initial investigation.(HT_PRINT)


Share Via
Copy Link
ByNeeraj Chauhan
New Delhi: Acting on “reliable” information that a network of individuals involved in cricket betting are influencing the outcome of Indian Premier League (IPL) matches on the basis of inputs received from Pakistan, the Central Bureau of Investigation (CBI) has launched an investigation against certain private individuals and “unknown public servants” based in Delhi, Jodhpur, Jaipur and Hyderabad.

It is alleged that the accused persons ran a pan-India network to induce public to put their money into IPL betting.

The central agency registered two cases on Friday in the matter for criminal conspiracy, cheating, forgery of the Indian Penal Code and prevention of corruption act.

“Reliable information has been received about a network of individuals involved in cricket betting influencing the outcome of Indian Premier League (IPL) matches based on inputs received from Pakistan. In the garb of betting related to IPL matches, they are cheating the general public by inducing them to bet,” the agency said in one of the First Information Reports (FIRs).

“For this purpose, they have opened bank accounts (mule accounts) using fake identities and know your customer documents (ID&KYC) in connivance with the unknown bank officials. These bank accounts have been opened by submitting forged details such as multiple dates of birth and without due diligence done by the bank officials,” it said.

The agency further said a part of the money received from the public in India for betting was also being shared by their associates based in foreign countries using hawala transactions.

The accused persons, according to the CBI, were in touch with one Pakistani national named Waqas Malik, whose number has already been obtained during initial investigation.

Three people – Dileep Kumar, Gurram Satish, and Gurram Vasu – have been named in the first FIR of the agency and this network, the agency said, is involved in betting since 2013. The CBI has alleged there were transactions worth around ₹10 crore in the account of the accused.

In the second FIR, also registered on Friday, the central agency has named four people – Sajjan Singh, Prabhu Lal Meena, Ram Avtar and Amit Kumar Sharma apart from unknown government officials and private persons who were active in IPL cricket betting since 2010. The transactions involved in the second case are close to ₹1 crore.

Officials who didn’t want to be named said they are looking into a larger conspiracy in the matter.