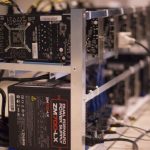 Fort Worth city council has approved a pilot Bitcoin mining project as part of a set of measures designed to make the city become a leading technology hub.

According to a report by CNBC, Fort Worth’s mayor Mattie Parker oversaw the construction of a small mining farm in City Hall in order to mine Bitcoin.

The report claims the city set up three Bitmain Antminer S9s. The rigs will operate 24 hours a day, seven days a week in the climate-controlled conditions of the City Hall building, with each machine expected to consume a similar amount of electricity as a household vacuum cleaner. The city claims that the mining rigs will operate on a private network to insure security.

Mayor Parker, who took office last year as the city’s first millennial mayor, says she does not expect the mining program to generate a profit. Instead, she believes the project will serve to put the city of Fort Worth on the national map for Bitcoin mining and digital asset interest.

We want to change that conversation, and we believe that tech innovation including cryptocurrency is the way we’re going to do that.

Parker explained that the project required her team to “jump through hoops” in order to get the mining operation up and running. She noted that Fort Worth was the “fastest growing city in the country,” and that she was interested in thinking outside of the box to continue that growth.

The millennial mayor said digital assets were a potential avenue for Fort Worth’s growth, claiming that “cryptocurrency is a huge part of our future economy.”

The views and opinions expressed by the author, or any people mentioned in this article, are for informational purposes only, and they do not constitute financial, investment, or other advice. Investing in or trading cryptoassets comes with a risk of financial loss.

Featured Image by “rebcenter-moscow” via Pixabay.com