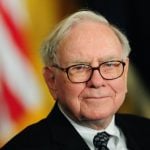 Buffett, the company’s 91-year-old chairman and CEO, was asked during the shareholder meeting about previous comments he made that inflation cheats investors, CNBC reported.

Buffett also appeared to criticize the pandemic stimulus packages for their effects on inflation now and said that companies cannot just raise prices to maintain profits in a period of inflation.

“You print loads of money, and money is going to be worth less,” Buffett said.

However, he also called Jerome Powell, the chairman of the Federal Reserve, a “hero” for the steps the central bank has taken.

Munger, 98, defended Buffett against calls for him to step down as chairman and simply remain CEO of the massive conglomerate at the shareholder meeting ahead of a vote on a proposal to split the roles, CNN reported.

Buffett said during the meeting that he wanted to clarify that he is not the only person at Berkshire Hathaway who picks the company’s investments, and that those decisions may have been made by someone at the company without his knowledge.

Munger also told investors to “just say no” if investment advisors suggest putting retirement money in cryptocurrency in an apparent criticism of plans from investment companies such Fidelity to let people buy bitcoin for their 401(k) accounts.

The two Berkshire bigwigs also revealed that Chevron has become one of the company’s largest holdings worth about $25.9 billion of its portfolio and that the company now owns 9.5% of Activision Blizzard in anticipation that Microsoft’s acquisition of the company will close.