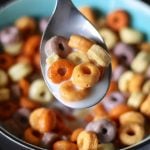 TOPEKA, Kan. (WIBW) – A man returned to his central Topeka home after taking his daughter to the bus stop Wednesday morning and found an unknown woman inside the residence making a bowl of cereal for breakfast, authorities said.

Topeka police officers responded to the incident, which was reported around 8:50 a.m. Wednesday at a residence in the 1200 block of S.W. 11th. The location was on S.W. 11th between Buchanan and Lincoln streets.

According to Topeka police Lt. Manny Munoz, the woman may have been under the influence of narcotics or suffering from a mental health crisis.

American Medical Response ambulance responded to the scene to treat the woman for a possible knee injury. Munoz said it was unknown how the woman’s knee injury occurred.

Munoz said early Thursday afternoon that the woman wasn’t arrested and booked into jail, but was taken to the hospital for treatment.