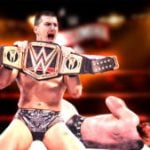 The Phoenix Suns won’t know their first round opponent in the NBA playoffs until Friday night, less than 48 hours before the scheduled tip-off of game one. That isn’t stopping the No. 1 overall seed from working on some “self-scouting,” as head coach Monty Williams calls it.

“We don’t know who we’re going to play, so we might as well dive into who we are and how we can get better,” he told reporters after practice Wednesday.

Williams and the Suns await the last-team standing of the ongoing NBA play-in round out west. The Minnesota Timberwolves defeated the Los Angeles Clippers 109-104 Tuesday night to capture the seventh seed in the Western Conference. That leaves the Clippers to take on the winner of Wednesday night’s game between the New Orleans Pelicans and San Antonio Spurs for a chance to take on the Suns beginning Sunday night.

During his media availability Wednesday, Chris Paul said that “the next couple days are going to be about us.” He added that it’s “interesting” that the NBA play-in structure, in just its second year, leaves the No. 1 seeds in each conference with less time to prepare for a specific opponent.

“The next couple of days are going to be about us.” Chris Paul. #Suns pic.twitter.com/qthGCbnPaK

“We’re just trying to figure out how we can get in better shape, shoot the ball better, everything,” Paul said. “It is what it is.”

Williams was specific with what the team needs to work on during this short layover before Sunday’s playoff opener.

“[We’re] trying to figure out how we can improve in our transition defense,” he said. “That’s one element that we talked about.”

Point of emphasis for Monty Williams and #Suns in practice this week. pic.twitter.com/qS6QY2gi4H

Funnily enough, the Suns were actually the second-best team in transition on defense this season. Despite allowing the sixth-most FG attempts in fast break situations, opponents only converted on 50 percent of those shots. But with potential matchups against strong fast break teams like the Golden State Warriors and Memphis Grizzlies in front of them, Williams wants to ensure his squad is ready for the speed to come.