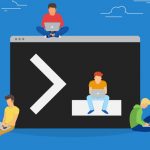 Audio player loading… Microsoft has revealed that Windows Terminal will become the default command line experience in Windows 11 beginning next year. According to a new blog post announcing the change, a default terminal is the terminal emulator that launches by default when opening a command line application.  After being released with Windows 7, Windows […]