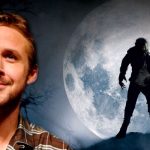 The script for Blumhouse Pictures remake of The Wolfman starring Ryan Gosling is still in development says producer Jason Blum. The Wolfman is one of the most iconic of the Universal Monsters, having first appeared in the 1941 film starring Lon Channey Jr. In 2010, a remake starring Benenco Tel Toro in the title role […]