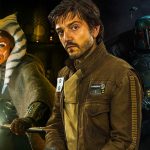 The Book of Boba Fett points to a prequel problem in Disney’s Star Wars universe. Boba Fett’s return in The Mandalorian, season 2 was well-received, and the bounty hunter’s upcoming spinoff is hotly anticipated. While it promises to be an exciting journey for a fan-favorite character, the show becomes part of a larger issue when considered alongside the rest of […]